Wow, what a difference 14 trading days makes.  That is the length of time it has taken for around 25% of value to be wiped of the ASX and the Dow Jones!

The panic selling off the back of the Coronavirus outbreak is the worst seen since the GFC.

I remember those days vividly, Walshs Financial Planning was just under two years old when Lehmans went down and very nearly took the global financial system with it.

Wealthy families in Europe were literally burying money and gold and every major broking house and bank had “war rooms” set up with meetings going into the early hours of the morning.

The issue then was one of counter party risk. If Bank A lent money to Institution B, the concern was that they would never see it again and this fear of insolvency spread like a virus (pardon the pun) through the global financial system.

Our market fell by around 55% peak to trough (November 2007 to March 2009).  The brutality of the falls from September 2008 to November 2008 was something I will never forget. I simply didn’t think it could happen.

This crisis is different, but the unknowns are still there, and the “knowns” aren’t great either.

Markets will sell down on fear and uncertainty and there is plenty of that. The market is likely “oversold” at this point but that does not mean it can’t fall further than the 25% haircut it has already taken.

There are very valid reasons why the market has fallen and there will be major economic dislocation from this. There simply cannot be business as usual when so many businesses have to adjust their workforce conditions and inventory orders and sectors like tourism are falling off a cliff.

So while this will be the worst economic crisis since the GFC, the differences between the two are quite stark.

The global economy was in recovery mode from about the start of last quarter 2019 to late February. What started as a supply chain disruption (manufacturing in China) has now spread to being supply and demand disruption but not a financial system insolvency crisis. Trust me, the latter is much, much worse.

The manufacturing data (PMIs) in my opinion will come out worse than GFC but we can see through this. During the GFC, if another major bank had of gone down after Lehmans then we would have been in financial Armageddon.

Governments around the world are announcing stimulus measures and central banks will provide significant liquidity to ensure banks continue to lend.  The stimulus package announced by our current government is the largest and most targeted that I can ever recall and will provide some very strong incentive to continue to spend and retain staff.

It’s touch and go if this will be enough to starve off recession. My gut says no, a recession is two consecutive quarters of negative growth.

With travel restrictions in place, it is hard to see how we can avoid the technical definition of recession, however recessions are usually accompanied by massive increases in unemployment and this is where I think we may end up with a mild recession rather than a deep recession.

I think unemployment will go up, but not to the degree we would normally expect (8-10% unemployment). I can see us hitting 6% given we are at 5% now but we may avoid a big blow-out from there, given interest rates are so low.

Stock markets will remain highly volatile and further losses are likely, given the rapid falls so far.  We are in bare market territory now and where we end up is hard to pinpoint at this stage.

The death rate of the virus appears to be 1-2% and this is an important point.  The economic dislocation will pass in due course but if the death rate was to be much higher, we would have a much bigger crisis on our hands.

Property markets will be tested, but containing a significant rise in unemployment will be the critical factor.

I see Sydney falling the most (5-10%) as it is currently sitting at the upper end of affordability, Melbourne may be similar but I think if Brisbane does fall it may be far more moderate (2-6%).

Investors are thinning out but owner-occupier interest remains healthy.  Competition for purchases will moderate, but affordability in Brisbane is still strong and rental yields sit at or above current interest rates, this will support the market.

The frustration will come with a reduction in listings as sellers choose to delay sales until after the virus hysteria has passed.

Rents were on the way up prior to the virus outbreak and I see this continuing, albeit slowly.  So I am not overly concerned about property markets at this early stage, as historically low interest rates will support the market.

The stock market will present compelling opportunities for those with cash on hand and surplus cash flow.

At a fall of over 25% from the markets highs, it is hard to see how it is not good value now and there are a number of options for our clients:

Managed fund savings plans: We have approximately 300 of these accounts established and those with surplus cash flows should consider increasing contributions at this time.

A managed fund savings plan is a highly flexible way of investing, as the amount you may contribute can vary and funds can be withdrawn at short notice.

Risk levels can be tailored to suit the investors preference.  Importantly you can spread your investment over the short term or long term.

ASX20 LTE account: The is an account of the largest 20 companies in Australia and is only available to doctors. Dividends can be paid out or reinvested and you can sell out at any stage.

This investment has the option of an investment loan that will have no margin calls for 10 years.  It is very unique and we have been running these accounts since 2011.

I find this to be the most effective investment to commence at times of significant market falls, due to the lending option providing the ability for a far greater amount of money to be invested.

The loan with no margin calls for 10 years provides protection in the event of further falls.  We can also average this investment into the market over a six-month period.

Bespoke direct stock portfolios: For clients with larger lump sums of cash available, I have been building a 10-stock global portfolio with some of the best companies in the world.

You may not get better opportunities to hold some of these businesses at such huge discounts and we can buy them direct on market.  We are able to add gold ETFs or really any stock that is traded anywhere in the world in these portfolios, these accounts can also hold foreign currency.

Managed Discretionary accounts: We currently run six separate accounts for both retail or wholesale clients.  We have been running these since July last year and all have held up very well.

Our wholesale accounts feature bonds, stocks, private equity funds and hedge funds.  Our wholesale balanced portfolio is down around 4% versus a market fall of 25%+.

Investing into a market that is as volatile as this will not be for everyone, but one lesson I have learnt from the GFC and other steep market falls we have had since is that investors with long-term investment horizons are often very well served by buying into a market that has fallen heavily … even if you don’t pick the bottom.

Beware though, this will get worse before it gets better and there can be economic consequences that are yet to be foreseen such a corporate bond defaults.  The economic dislocation may take much longer to remedy than we may currently expect.

Walshs Financial Planning staff are currently working overtime to meet client demand for meetings and investment/insurance plans.  We are doing our very best to get to everyone, this includes working into the evening and weekends.

We are doing everything we possibly can to meet demand at this point in time, but I do ask for patience as the workload is currently the greatest I have experienced in the history of the firm.

If you wish to call my mobile (0418 792 396) after hours, then feel free to do so for the next month.  I have kids’ sports commitments every weekend but calls after mid-morning should be fine and before 7pm on weekdays.

If I can’t pick up and you would like me to get back to you, then you need to leave a voicemail message requesting this.

I have asked Zane from my office to collate some stats and commentary that you may find of interest below.

All the best everyone. 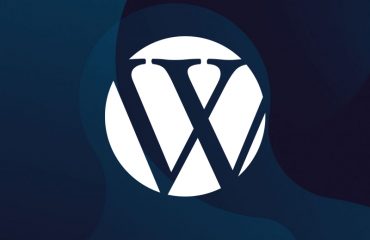 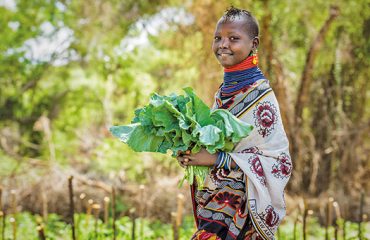 New initiative to acknowledge referrals and help families in need 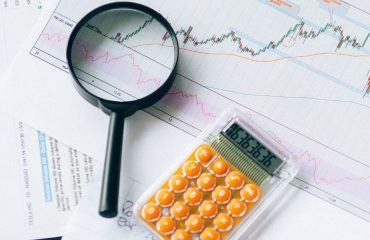